Born from the merger of Ielo and Liazo in 2016, Ielo Group quickly positioned itself as a key player in the telecommunications sector in France. The merger enabled the group to deploy its own fiber optic network and to increase the capillarity of its Points of Presence (“PoP”), demonstrating its know-how and potential.

The shareholders of Ielo Group were willing to welcome new financial investors to accelerate its development towards proprietary infrastructure and to assert itself as the third largest wholesale operator in fibre optic infrastructure for corporates, and as the first operator known as a wholesale only pure player in a national market led by incumbent players such as Orange, SFR, and Bouygues, and challengers including Celeste and Eurafibre.

Upon shareholder request, the Clairfield International team, led by Pierre-Alexandre Suide and Bertrand Hermez, conducted a restricted structuring and consulting assignment with several investment funds, identified for their ability to understand the complexity of telecommunication infrastructures and to support the future development of Ielo Group.

Clairfield International acted as exclusive financial advisor to the shareholders of Ielo.

Secured EUR 160m of financing from

Alcatraz IT, an alternative B2B telecom operator based in southern France, sold a minority stake to Siparex.

Xplora Mobile AS, an exclusive distributor of Xplora products and services formerly known as Pepcall AS, was sold to Xplora Technologies, whose products include smartwatches for kids and other products designed to give children safe onboarding to digital life. 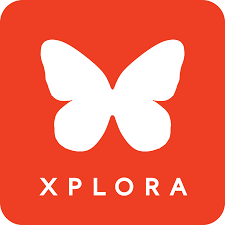 Starhome Mach, a provider of wireless mobility solutions, was sold to Telarix Inc., a portfolio company of Vista Equity Partners for USD 100 million.